The Sensors Division undertakes research and development in a wide range of sensor technologies, including radar, acoustics, electro-optics and underwater, to provide the SAF with a recognised battlefield situation picture. 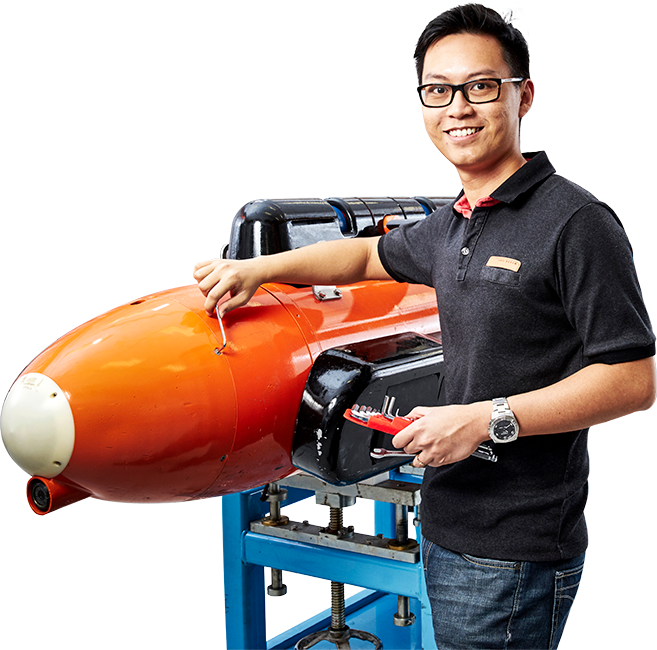 Singapore’s shipping lanes are some of the busiest in the world with more than 100,000 vessels passing through annually. Its waters are shallow with strong undercurrents, making it a challenge to detect underwater threats.

The Meredith 400 Autonomous Underwater Vehicle (M400 AUV) was developed to overcome these challenges to perform seabed surveillance. Equipped with a unique control and propulsion system that enables it to operate for long periods of time, it also boasts a collision-avoidance system for safe navigation in congested waters.

The M400 AUV’s advanced sonar processing, including the use of Machine Learning, provides the automatic intelligence to detect and classify mine-like objects during missions, while requiring fewer people to operate than what is typically required for a mine countermeasure vessel.